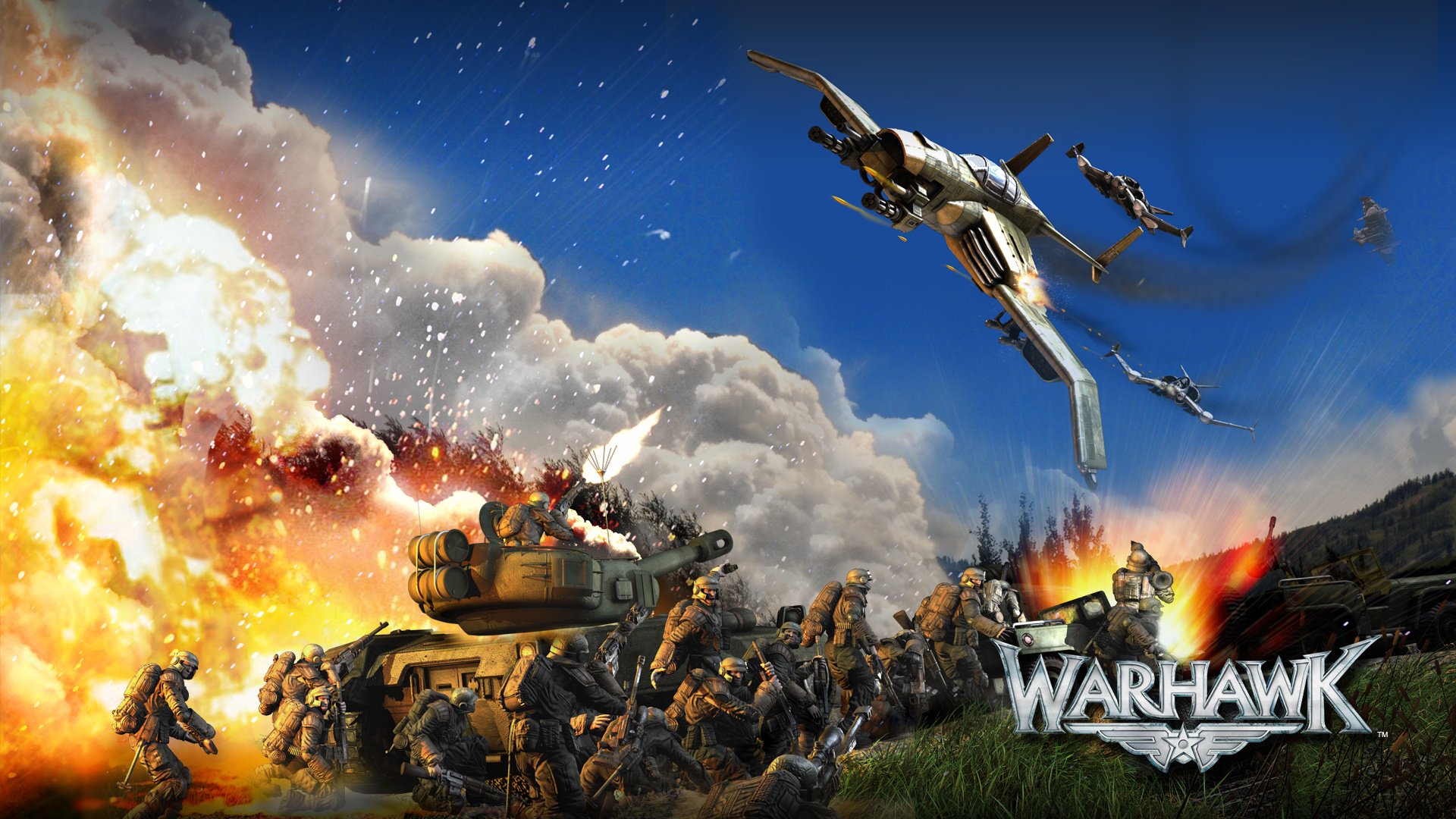 I’m excited to announce our new, and FREE, update for Warhawk – the v1.3 Patch!

There are 5 key additions in this update that add a ton of value for our current and future Warhawk players. First, I’ll cover the 2 new troop items that we are adding to the game.

So far, Warhawk players have logged over 7.3 million hours of gameplay and have scored over 206 million kills! And during this time, we’ve keenly observed the battles, looking for opportunities for us to further balance Warhawk’s gameplay and over-arching “combat economy”. The result of our observations comes in the form of two upgrades for ground troops – to help promote teamwork, lengthen troop lifespan, and expand Warhawk’s fast-paced, emergent gameplay that players around the world have come to love.

This is gonna be a long post and I want to give you all a rundown of the new equipment but I can’t ramble on for pages about it so I’ll just write a quick summary here. I can always follow-up with you guys later in the comments….you know how I love to respond to comments :-)

As you might expect, this piece of equipment is used to repair vehicles. Once you get the pickup, you swing it just like the combat blade. Then, just walk up to, or onto an allied vehicle and “whack” it with the wrench. It repairs wicked fast so it’s very effectively during combat. On the offensive side, not only is it still a one-hit-kill against troops, but it can be used to damage enemy vehicles as well!

To use a Bio-Field, grab the pick up and throw it down like a proximity mine. It sticks to walls, ceilings, anything…including vehicles. Then, if any ally stands within its bio-reactive field, his health will quickly regen. Alternatively, and this is where some neat tactics emerge, if an enemy walks into the bio-field (yes, bio-fields are color coded), they’ll take damage – their lungs sizzling like bacon….mmmmm bacon.

This new equipment makes life as a ground troop more balanced, and we’re really looking forward to seeing how the battlefield changes once the patch is released!

Yeah Baby…So our HOME integration is coming along nicely and this update includes a great, and much needed feature for Warhawk. With the release of v1.3 patch, players will be able to form groups, meet in their apartments, discuss tactics, and then launch a game of Warhawk…all together!

When you’re in your apartment, all you do is whip-out your virtual PSP, select ‘create game’ and pick Warhawk. From there, you get to start your own player server, pick a game rotation, set server options and then…BAM !! Launch Warhawk with all of your friends!! You can also pick to not make your game viewable to the other Warhawk players around the world, or you can make it a ‘public’ game that puts all of your friends into the server together, and leaves open slots for other global Warhawk players join.

Games launched from HOME show up in the global games list in an attactive gold color.

Now this is just the beginning of what we’re gonna to be doing with HOME and there’s some really neat stuff on the horizon. I’d love to show you more of the cool HOME stuff that we’re working on but I suspect I’d get a PR-shank to the spine…or possibly a lung.

So I gotta say that I’m actually super relieved that we’re putting in *REAL* legit value for players and *NOT* making HOME a portal for SONY to jam branding and marketing schwag down player’s throats!

As a gamer, I’m excited *and* relieved to see the direction HOME is taking.

We have also received a lot of feedback about VOIP stuff. There were a couple of features that players really wanted, and hopefully this gives them a big chunk of their crazy, crazy VOIP desires. :-P

We now allow players to select between PTT and Open-Mic. Players can also tune the voice-activation level so they don’t accidentally broadcast their girlfriend or boyfriend blabbering-on in the background. Players also now get to more clearly see who’s talking. It’s displayed on the right side of the screen. And yes, the picture below is correct. We also now support an “all-talk” server option so that you can enable cross-team trash talk.

If you’re an avid Warhawk player and/or read this blog with any regularity, then you know that we are sponsoring a contest that allows players to submit their own, custom, paint schemes for the Nemesis and Warhawk. We’re also allowing players to submit custom insignias too. We’ll be picking the winners and including these new customizations with the v1.3 patch.

Now I’m not posting these because they have already won…but these are some neat designs and I wanted the blog readers to see some of the great paint schemes that have been coming in.

And one last thing…we want insignias too. Send us your insignias…and please DO NOT just scan something out of a magazine. Seriously!