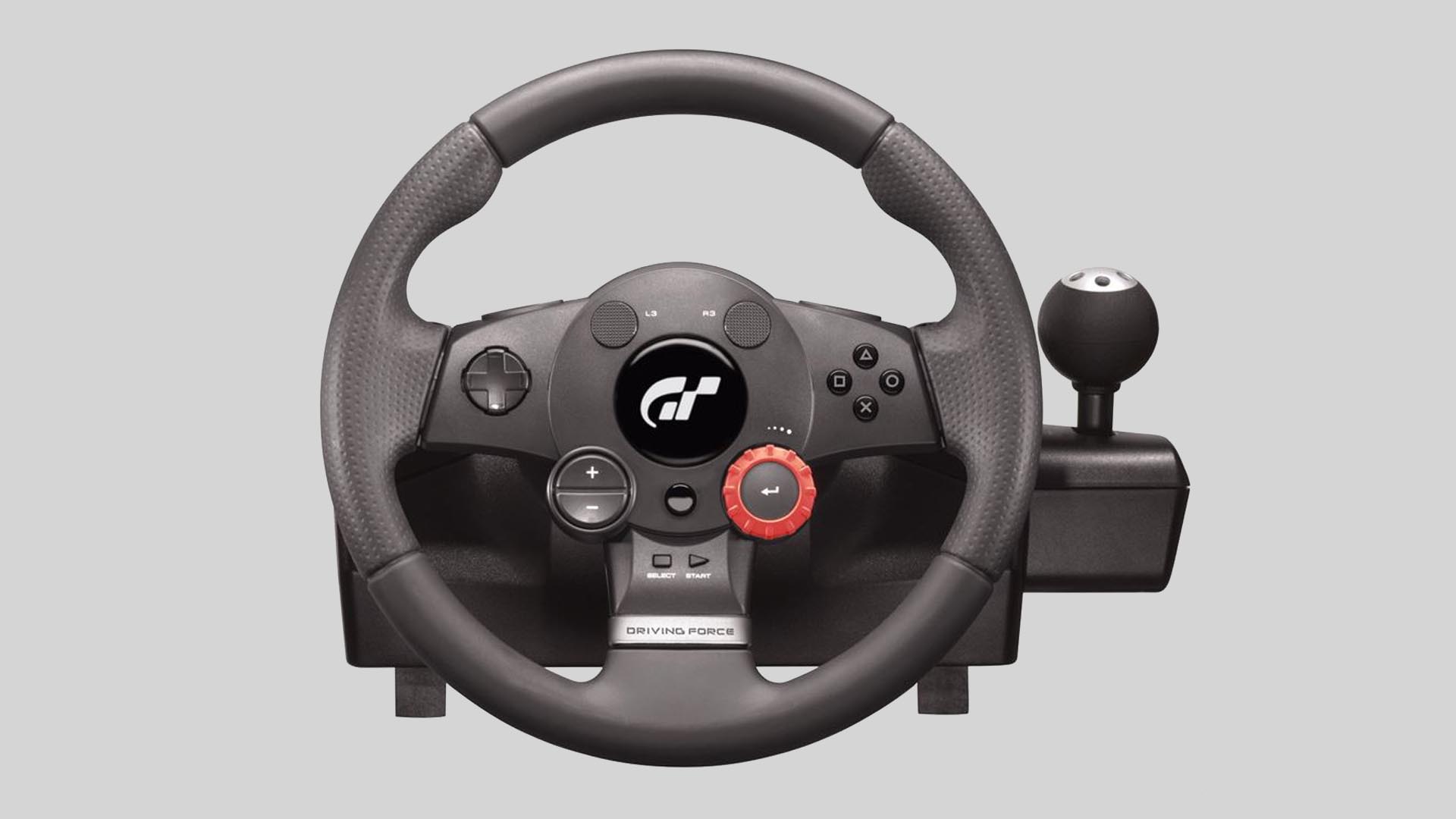 The wheel is called ‘Logitech Driving Force GT’ and features force feedback, brake bias control, traction/damper settions and more. It will be available in Europe on March 28th, and on April 17th in North America.

“We’re excited to be working with Polyphony Digital again to deliver a wheel that will satisfy the needs of car enthusiasts, like me, around the world,” said Ruben Mookerjee, Logitech’s director of product marketing for gaming. “People who love the striking realism of the Gran Turismo racing series will discover that Logitech’s latest wheel will allow them to experience the cars the way they were meant to be driven. With the Logitech Driving Force GT, you’re not playing games anymore – you’re racing!”

Logitech’s latest racing wheel was meticulously designed by Logitech and Polyphony Digital, Inc., the developer of the Gran Turismo series. The companies worked together to add the unique realtime adjustment dial, a first for force feedback wheels, allowing people to fine tune the car’s balance by adjusting the brake bias, traction control and damper settings. Now Gran Turismo drivers can have precise control over the car’s setup to achieve maximum performance.

“The Gran Turismo series has always been designed for racing enthusiasts,” said Kazunori Yamauchi, President of Polyphony Digital. “The Driving Force GT racing wheel was designed to perfection by our team, specifically for the next generation of Gran Turismo.”

Logitech’s newest force feedback wheel simulates understeer, oversteer, and traction loss with frightening accuracy. While the full-size gas and brake pedals deliver precise throttle and brake response, racers can use either the sequential stick shift or the wheel-mounted paddles to race through gears. The wheel also features a large 11-inch wheel with rubber-overmold rim, providing exceptional comfort and control.

The Logitech Driving Force GT turns 900 degrees lock-to-lock allowing drivers to navigate hairpin turns with greater accuracy. And with anti-backlash gearing, there is no slack in the steering response, making any race a smooth, realistic experience. In the center of the 11-inch wheel, the Driving Force GT features an illuminated horn button with the official Gran Turismo logo. Using the authentic sounds of the car being driven, racers can quickly alert other cars when they are approaching fast. Or when playing online, people can simply use the horn to taunt other players as they speed by.

The Logitech Driving Force GT wheel is expected to be available in the U.S. and Europe beginning in May. The suggested retail price is $149.99 (U.S.).

Logitech, the Logitech logo, and other Logitech marks are registered in the United States and other countries. All other trademarks are the property of their respective owners. For more information about Logitech and its products, visit the company’s Web site at www.logitech.com.

Manufacturers, cars, names, brands and associated imagery featured in this game in some cases include trademarks and/or copyrighted materials of their respective owners.

Any depiction or recreation of real world locations, entities, businesses, or organizations is not intended to be or imply any sponsorship or endorsement of this game by such party or parties.