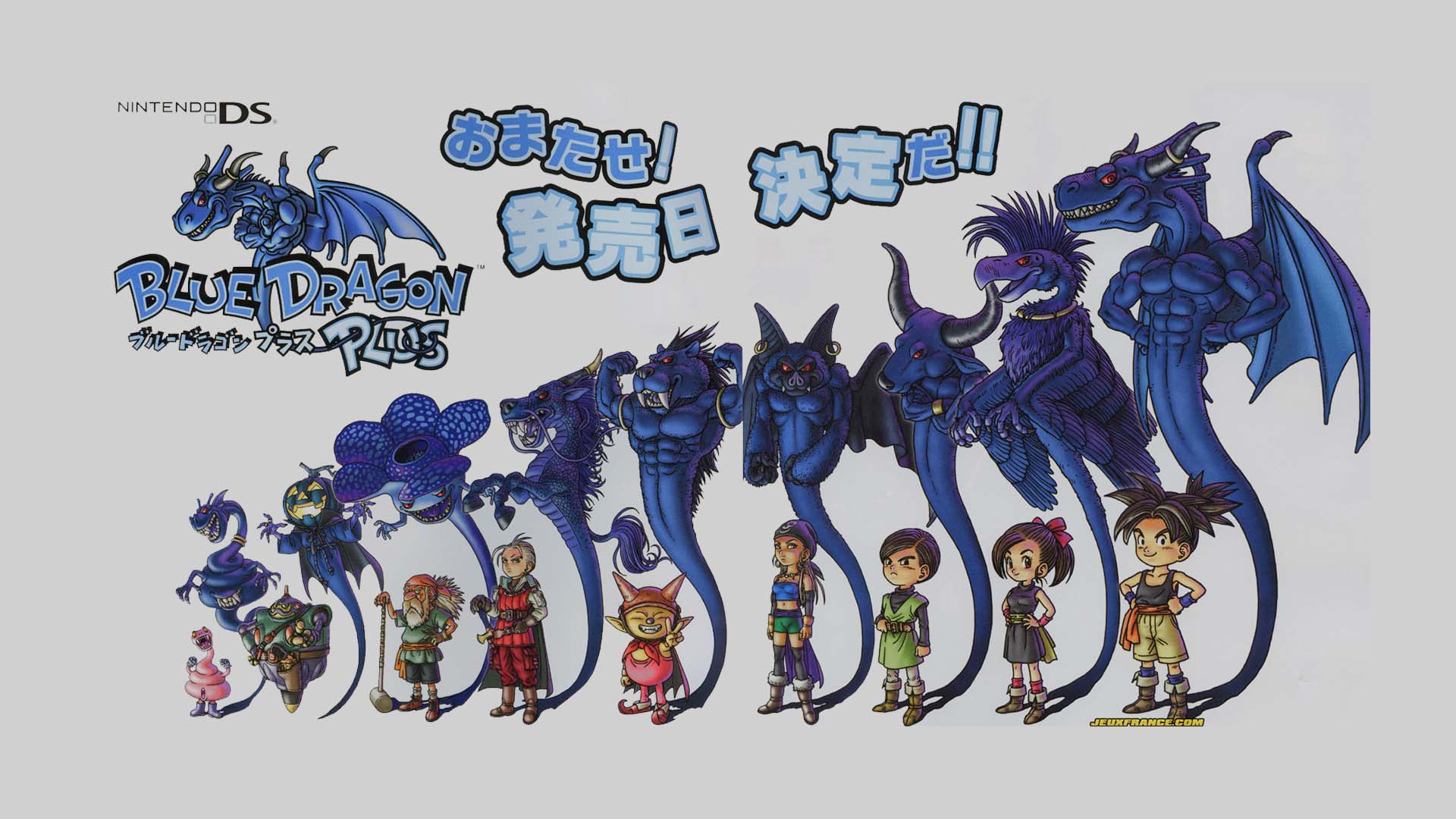 Famitsu has released several new screenshots of Blue Dragon Plus for the Nintendo DS.

Adventure with familiar friends! This is the sequel to the epic RPG “Blue Dragon”, released on Xbox 360 in December 2006. The gameplay has changed significantly, but the world settings is the same as the previous game. The protagonist Shu and his friends use their “shadows” to expand their adventure.