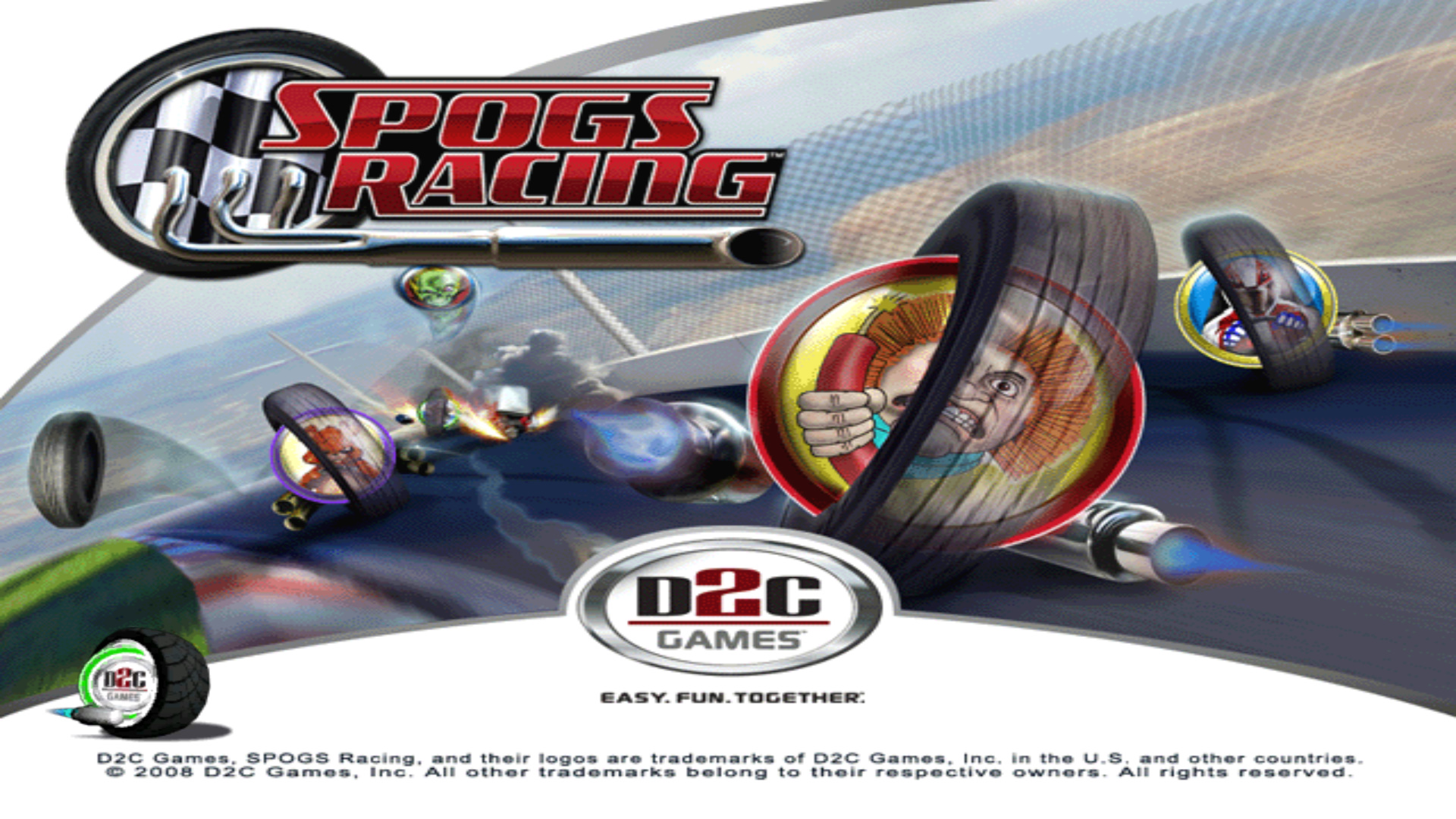 The latest issue of Nintendo Power features an article on a new WiiWare title called SPOGS Racing which is being developed by D2C Games. Thanks to Scott Reed from MidnightGaming, here’s the article:

“In driver’s ed, they teach you that crashing into other vehicles is bad form. SPOGS Racing, from D2C Games, takes a different tack.

By careening into your competitors’ unusually shaped SPOGS Racers, you can take their parts – pre-owned engines, brakes, tailpipesm etc. – and use the spoils to upgrade your own ride. The automotive pick-pocketing takes place in a dozen venues, including traditional racing ovals, road courses, and stunt tracks…”

Hit the jump for full details.

“…When you’re not busy going SPOG-to-SPOG with rivals, you’ll fly off ramps and negotiate loops (also recommended in your driver’s ed class). Obviously, the SPOGS Racers are not your parents’ Camry. They’re designed to spin, drift, flip over, and (most of all) crash a lot. They’re also equipped with six kinds of weapons, which you can use to slow down your opponents so that you can mug them.

The title uses your choice of three control schemes, one of which is what has become the standard for motion control in driving games – you hold the remote horizontally with both hands and tilt it to steer. In addition to quick races, you can enjoy the game in Battle mode (essentially a nonstop series of collisions) and Season mode (which sees you through races on every track.)”