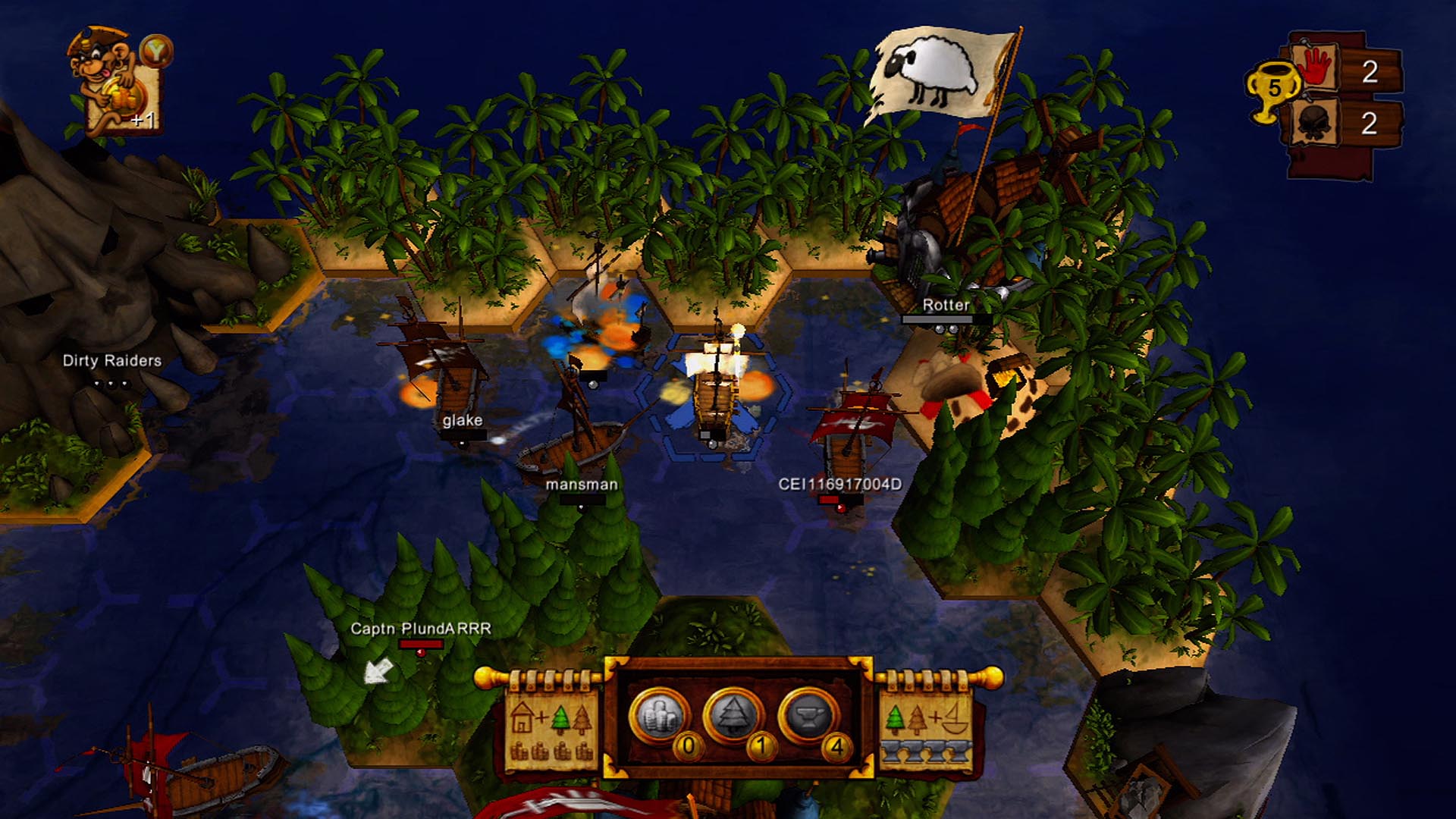 Capcom has announced Plunder, a new pirate themed multiplayer strategy game in development for Xbox live Arcade, Playstation Network, and the PC. They are planning on releasing it in the summer as a downloadable game.

“Set in a swashbuckling pirate era, Plunder is a casual real-time strategy game that transports players to the turbulent seas of perilous pirates and booty. Players team up with other online players or AI-controlled pirate ships to raid villages, sink merchant ships, seize towns and steal gold, all for the goal of upgrading and customizing your pirate ship and sending your foes to the briny deep. Players will also be able to test their strategic skills against 25 unique challenges and seven of the most devious Pirate Alliances on the high seas.”