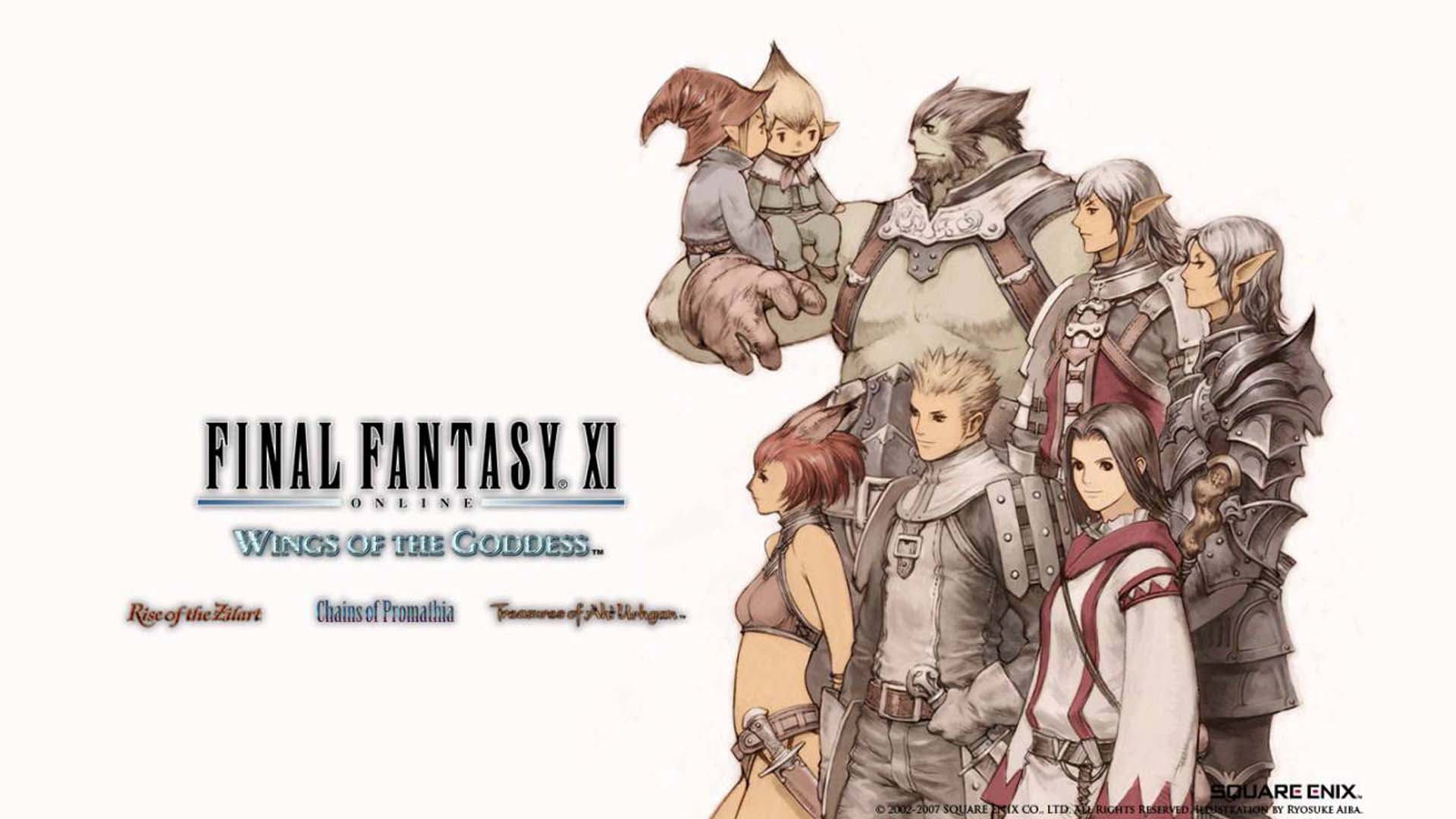 The first patch following the debut of Wings of the Goddess expansion pack has arrived. It includes a vast number of adjustments to the various jobs/classes in the game, as well as brand new spells, quests, campaign additions and more.

Get the details at PlayOnline.com or read them below.

New areas have been added to past Vana’diel.

New quests are available for areas added in the Wings of the Goddess expansion pack.

The following new quests have been added for dancer and scholar jobs:
– Artifacts
Players can obtain job-specific attire (artifacts) as rewards for the completion of these quests.
– Limit Break (level 70 to 71)
The character’s level cap will be increased to 75 upon successful completion.
*All artifact quests for a particular job must be completed before the limit break quest becomes available.

The following changes have been made to Campaign Ops:
-The following siege weapons have been added to Campaign battles:
Siege Turret/Belfry/Mantelet
-System messages reporting the progress of battle in Campaign areas have been added.
-A chat filter has been implemented for Campaign system messages.
-Beastman Dominions are now accessible as Campaign battlefields.
-The strength of NPCs, troops, and monsters appearing in Campaign battles has been adjusted.
-New freelance characters have been added.
-New abilities have been added to freelance characters and unit leaders.
-Information such as military unit status can now be obtained by speaking with certain NPCs.
-The calculation of enmity for NPCs and monsters in Campaign battles is now the same as for player characters.
-The number of temporary items obtainable from Campaign Arbiters has been increased.
-New information can now be obtained from Campaign Ops officer NPCs.
-For Campaign Mission, “Stock and Awe II” the supply list has been amended, and difficulty level lowered. The supply list will remain unchanged for characters that have already undertaken the mission prior to this version update.

NPC spectators have been added to Chocobo Circuit.
These new NPCs can be observed purchasing chocobet tickets and rooting for their favorites.

The following changes have been made to fellows:
-HP and MP recovery for fellows will now take less time when the /heal command is used.
-Magic and other abilities you use on party members will now also benefit the fellow you summoned.
-Fellows’ equipment requirements have been changed.
-Fellows can now use a greater variety of equipment.
-The magic recast time for fellows has been decreased.
-Conditions for the usage of recovery magic for stalwart shield and soothing healer type fellows have been changed.
-Fellows will no longer use the white magic spell “silence” on monsters in the crab and beetle families.
-Certain fellow abilities have been strengthened.
-Fellows no longer use the following weapon skills:
Spinning Attack/Cyclone/Circle Blade/Shockwave/Spinning Scythe/Earth Crusher

It is now possible to summon the following monster families captured with fiendtrappers:
Gear/Rampart/Chariot/Soulflayer 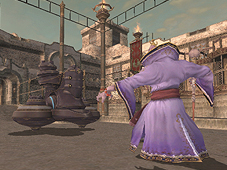 “Brygid the Stylist Returns” quest is now available for dancers and scholars.

Characters below level 20 are no longer able to mine for items in the following areas:
Newton Movalpolos/Mount Zhayolm/Halvung/Gusgen Mines/Ifrit’s Cauldron

New Notorious Monsters have been added to the Wings of the Goddess areas.

The names of the following monsters have been changed:
Vunkerl Inlet
Gigas’s Smilodon → Gigas’s Tiger

A maximum limit has been placed on the total amount of bonus attack speed that can be gained from a combination of spells, abilities, and items.

The duration of immobility experienced by recipients of healing magic has been significantly reduced.
Previously, a player receiving a “Cure” spell from another character immediately after selecting the attack command would be frozen in place until the effect of the healing spell was complete.

The chance to resist damage from skill chains has been adjusted.

When receiving weapon-enhancing spell effects from other party members, the additional damage caused will depend on the caster’s enhancing magic skill. Magic accuracy for these spells has also been adjusted.

The process for calculating “Absorb” spell resists has been adjusted.

The duration of the following abilities has been adjusted to 2 hours:
Light Arts
Dark Arts
Finishing Move

The new warrior job ability “Retaliation” has been introduced:
Retaliation
Allows you to counterattack but reduces movement speed.

The new thief job ability “Collaborator” has been introduced:
Collaborator
Steals 25% of the target party member’s enmity and redirects it to the thief.
*This ability shares a recast time with “Accomplice,” a thief ability introduced in the previous version update.

The following changes have been made to the beastmaster job:
– The recast time for the job ability “Reward” has been reduced from 3 minutes to 1 minute 30 seconds.
*In accordance with this change, the Group 1 merit point ability “Reward Recast” has been reduced from 6 seconds to 3 seconds.
– New pet foods have been introduced:
Pet Roborant
Pet Poultice

The new samurai job ability “Sekkanoki” has been introduced:
Sekkanoki
Limits TP cost of next weapon skill to 100.

The new summoner job ability “Elemental Siphon” has been introduced:
Elemental Siphon
Drains MP from your summoned spirit.
*Only effective on spirits summoned by the summoner.

Several new blue magic spells have been introduced. These new spells have also been added to the auto-translate feature.

The following changes have been made to the corsair job:
– The recast for the job ability “Quick Draw” has been changed to a “charge” system.
Each use of the “Quick Draw” ability consumes one charge, with charges being regained over time.
When using the “/recast” text command, it is necessary to nominate a specific shot, such as “/recast Fire Shot”. This command will display the amount of time remaining until a new charge will be generated, as well as the current number of charges available.

The following changes have been made to the dancer job:
– The recast time for all Waltzes will now be reduced to 6 seconds while under the effect of the job ability “Trance.”
– The effect of attributes on Waltzes will now be calculated differently depending on whether dancer is set as the main job or as the support job.
– An accuracy bonus will now be applied to “Steps” when dancer is set as the main job.
– The durations of the job abilities “Haste Samba,” “Aspir Samba II,” and “Drain Samba III” have been increased.

– The following scholar job abilities have been introduced:
Sublimation (Lv.35)
Stores MP while reducing HP. The effect ends once the MP limit is reached, HP is too low, or you are attacked. Stored MP is gained when the ability is reactivated.
*Your character’s HP will slowly decrease while storing MP and you will be unable to enter healing mode or log out while this ability is in effect.

– Spells cast during the effect of the job abilities “Accession” or “Manifestation” will now only cost double the MP instead of triple.

– The casting time, recast time, and duration of the following spells have been adjusted:
Sandstorm/Rainstorm/Windstorm/Firestorm/Hailstorm/Thunderstorm/Voidstorm/Aurorastorm

An issue wherein summoned spirits had incorrect attributes has been addressed.

An issue wherein the effect of a successful use of the “Provoke” ability during a Conflict match was not being properly displayed has been addressed.

New pieces of equipment have been added.

New synthesis recipes have been added.

A toolbag for carrying large quantities of sanjaku-tenugui has been added.

The “Emperor Band” has been added to the list of enchanted items that offer a bonus to experience points or limit points.
Along with existing items “Empress Band” and “Chariot Band,” the “Emperor Band” can be obtained by trading your individual conquest points. However, only one of the above three can be in your possession at any given time. 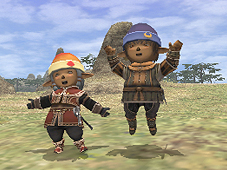 Magic effect explanations have been added to item help information for magic scrolls.

The conditions for battle music playback have been changed.
Battle music will now play when you either execute the attack command, or are within the vicinity of a party member currently engaged with an enemy. With this change, even those who play with long-range attack characters such as mages will be able to enjoy battle music in a similar fashion to close-combat characters.
Please note that there are scenarios to which this change does not apply (for example, monsters that anyone can attack).

The following data can now be backed up on PlayOnline’s servers.
-“Config” settings inside the main menu (excluding platform-specific settings such as “key assign”, and language-specific items).
-[Current tell target] history for “chat” inside the active command window.
-Macro and book data.
-Map marker data.
-Item display sorting data for the “bid” option in the auction menu.

[Storage Location]
It is now possible to store configuration data on PlayOnline’s servers, in addition to your game machine’s own hard disk drive. Up to four slots are available on your hard disk for this purpose, while one slot is available on the server. One slot stores one character’s worth of configuration data. Selecting a used slot will overwrite existing data.

[Saving Configuration]
Bring up the configuration file save screen by pressing the following buttons/keys at the character selection screen, and choose the slot in which you wish to save.

[Loading Configuration]
Bring up the configuration file load screen by pressing the following buttons/keys at the character selection screen, and choose the slot from which you wish to load.

[Deleting Configuration]
Bring up the configuration file deletion screen by pressing the following buttons/keys at the character selection screen. Confirm deletion to restore default settings for the currently selected character.

The maximum number of screenshots that can be stored has been increased from 99 to 200.

A new text color has been introduced for the name of monsters currently engaged with alliance members.

A new text color has been introduced for the name of monsters that anyone can attack.

The color of the game screen when played in windowed mode has been adjusted.

There is currently an issue wherein the “Regen” effect and the corresponding help text is missing from the Sol Cap.

Reraise WHM Lv.33
SCH Lv.40 (Addendum: White)
Teaches the white magic Reraise.
Grants you the effect of Raise when you are KO’d.