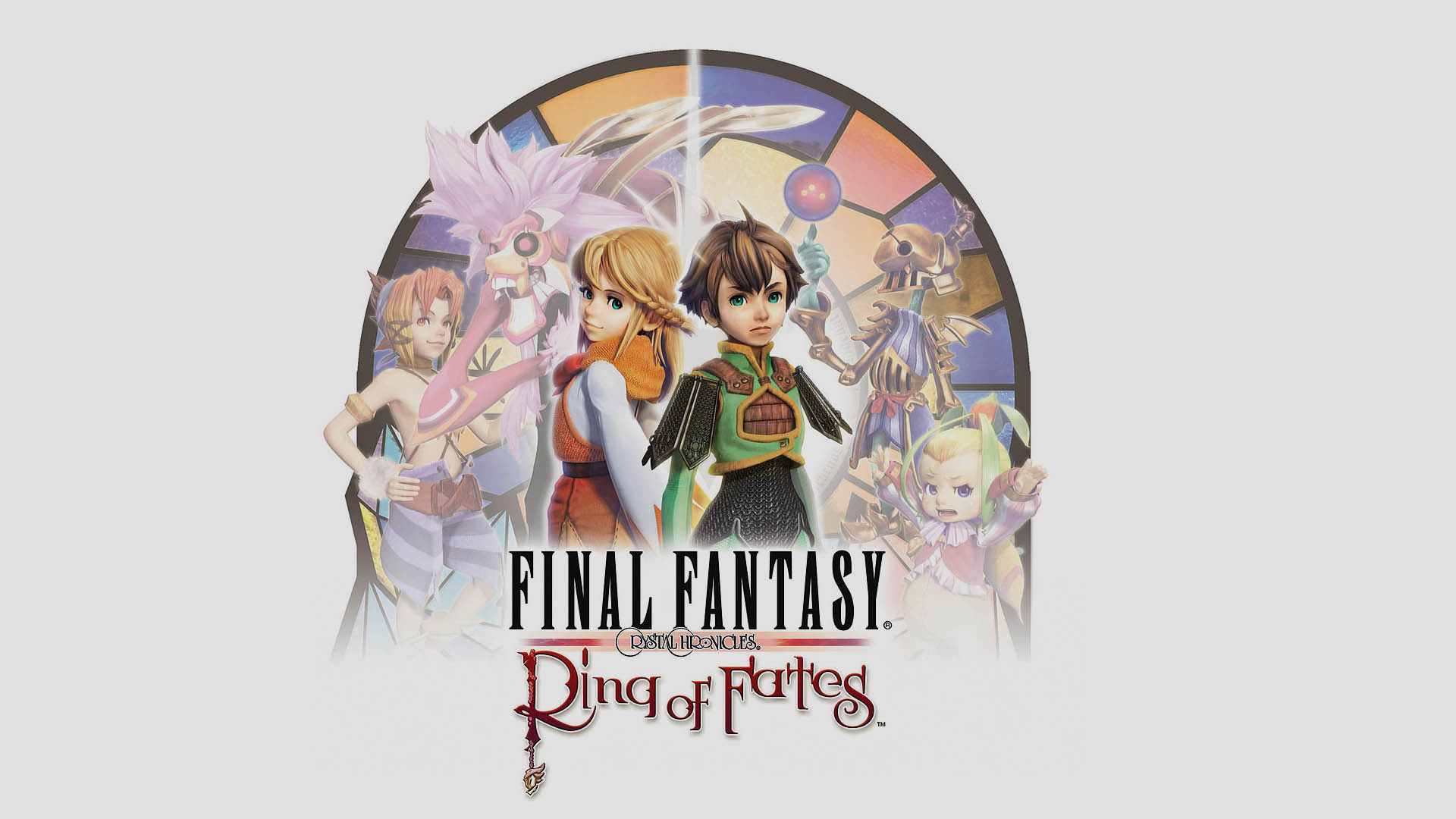 Square Enix today announced that Final Fantasy Crystal Chronicles: Ring of Fates will be made available at retailers across PAL regions tomorrow. Most of us already knew this, of course, but who can resist a tasty press release?

London (20th March 2008) – Square Enix Ltd., the publisher of Square Enix® interactive entertainment products in Europe and other PAL territories, today announces that FINAL FANTASY® CRYSTAL CHRONICLES®: Ring of Fates® will be on sale from tomorrow exclusively on the Nintendo DS™ system.

FINAL FANTASY CRYSTAL CHRONICLES: Ring of Fates has been designed to be the most accessible title in FINAL FANTASY series. The unique action-based gameplay offers exciting 3D levels, exploration and puzzle solving, with a control system that allows you to engage enemies on your terms and without any random encounters.

The best part of this exciting adventure is that up to four friends can team-up and co-operate with Nintendo DS Wireless Play. Like all great heroes, you’ll want to look good during the action and there are hundreds of different items and costume combinations to make your character unique.

John Yamamoto, president and chief executive officer of Square Enix Ltd. comments, “With a strong focus on action and exploration FINAL FANTASY CRYSTAL CHRONICLES: Ring of Fates offers an exciting, fast-paced adventure. If you’ve never played a FINAL FANTASY game before, Ring of Fates is the perfect introduction and offers even more fun when played with friends.”

• Unique action-based gameplay – with 3D levels, exploration and puzzle solving.
• Action-based control system lets you experience the adventure your way.
• Experience exhilarating real-time battles with intuitive controls.
• Gorgeous 3D graphics and an emotional audio score create a beautiful world to explore.
• Up to four players can co-operate via DS Wireless Play!
• Realise the tale of two heroic yet innocent twins in a unique story of fate, adventure and fraternal love.
• Hundreds of different item and costume combinations add to the fun. Changes to costume/equipment are directly visible on your character in the game.
• Trade with friends using Nintendo Wi-Fi Connection functions.
• Additional content over the original Japanese version, with four new quests.
• Can be played in four different languages – English, French, German and Spanish. The multiplayer mode, which allows up to four players to play together, can be played seamlessly even when each player selects a different language.

DRAGON QUEST, FINAL FANTASY, RING OF FATES, SQUARE ENIX and the SQUARE ENIX logo are trademarks or registered trademarks of Square Enix Co., Ltd. in United Kingdom and/or other countries. NINTENDO DS IS A TRADEMARK OF NINTENDO. All other trademarks are the property of their respective owners.