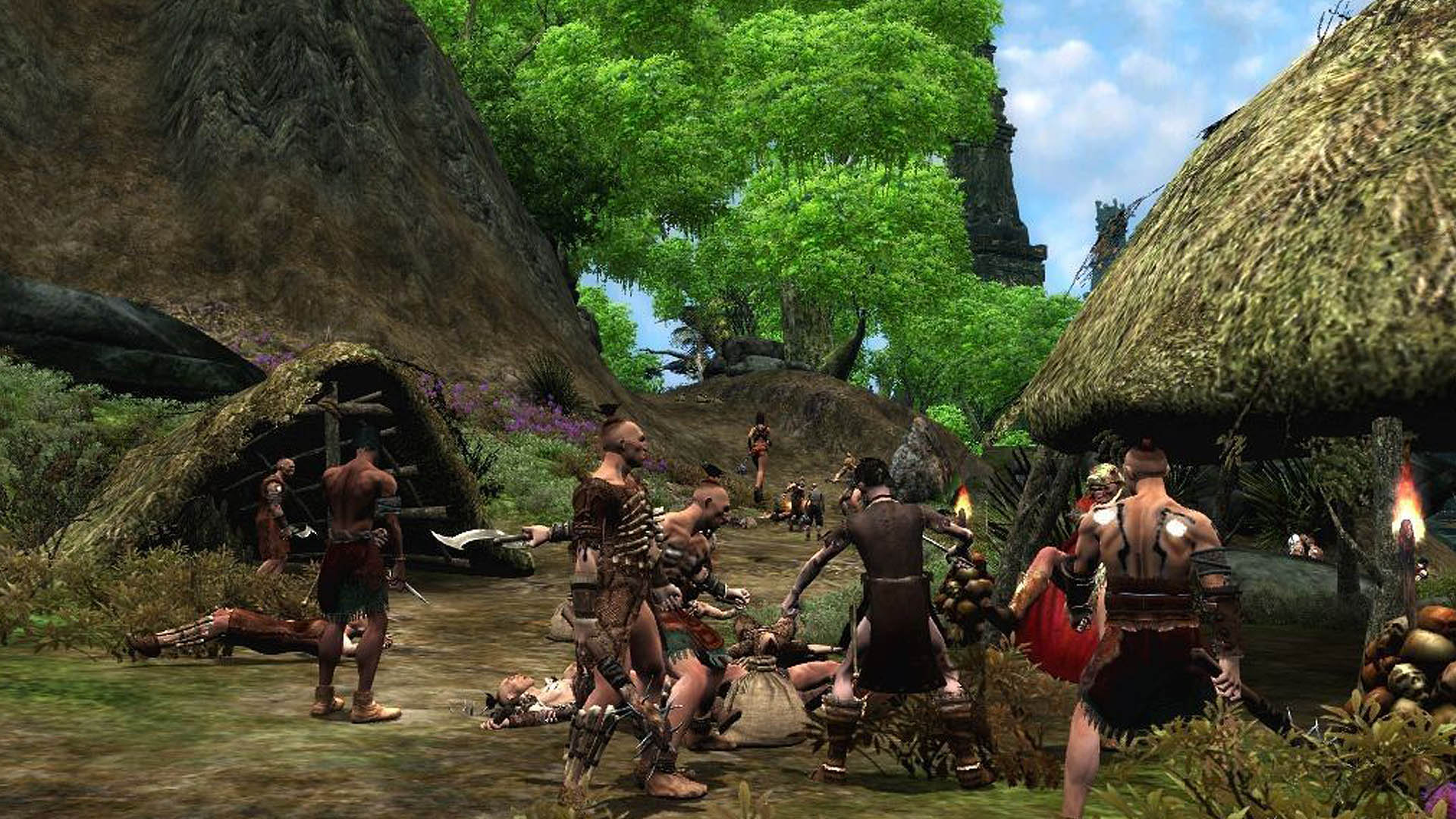 In a highly exclusive event, 15,000 games across the world can login and play Age of Conan: Hyborian Adventures non-stop from Friday April 18th to Sunday April 20th.

“The unique PvP weekend allows lucky gamers to test a limited part of the PvP functionality of Age of Conan, and the two different PvP mini-games Capture the Skull and Team Annihilation will be available.”

Durham, USA – April 9th, 2008 – Eidos and Funcom is proud to announce a unique Beta partnership with GameSpot.com, one of the world’s biggest gaming websites. In a highly exclusive event, 15,000 gamers from across the world can log in and play Age of Conan, non-stop, from Friday April 18th to Sunday April 20th. The unique PvP weekend allows lucky gamers to test a limited part of the PvP functionality of Age of Conan, and the two different PvP mini-games Capture the Skull and Team Annihilation will be available.

To make the weekend even more interesting Eidos and Funcom also includes the engaging Age of Conan character creation system, allowing players to create avatars with strong personalities. All 12 classes in the game, including the barbarian, can be picked and tested, with Funcom transforming each character into a fully specced level 20 death machine. In PvP lobbies players can then chat and socialize, prior to entering PvP matches. Participants are urged to test different classes, and offer any feedback on the forums. There will also be forums on GameSpot.com where people can talk about the event, and Funcom staff will be present to gather feedback.

“The battlefields of Hyboria are craving new, fresh blood,” says an enthusiastic Game Director/Producer Gaute Godager at Funcom. “Throwing newcomers into a fully specced level 20 PVP character is naturally a challenge in this most unforgiving of all MMO environments, but I am confident the players will rise to this challenge. We have spent years fine-tuning the combat system in Age of Conan, and allowing GameSpot readers to be the first to get a small glimpse of this is something we really look forward to.”

The unique PvP weekend marks an escalation in the stress testing for Age of Conan, and aspiring barbarians can now sign up on GameSpot’s website. The 15.000 lucky winners will be then contacted by email on Wednesday the 16th of April, and then they can then start downloading the game. The servers open at 1600 EST Friday the 18th of April and close at 1600 EST on Sunday the 20st of April. Funcom would like to point out that the PvP weekend is still a part of the beta testing process, and that it is a part of the planned stress test escalations towards launch. As of such it is not fully representative of the final product, and players are asked to treat it accordingly. Stress traffic issues may therefore occur.

Age of Conan is consistently mentioned as one of the most anticipated PC games in development. It has received more than twentyfive covers on high-profile gaming magazines across the globe and more than fifteen major awards, including numerous “Best MMO of E3″ awards and the official “Best Online Game” award at the Games Convention 2007. Age of Conan is a key title in Microsoft’s Games for Windows line-up, and a showcase title for nVidia. The game is set to launch in several territories on May 20th, 2008.

For more information on Age of Conan – either in English, German, French or Spanish – visit the official website at www.ageofconan.com where you also can access the respective community websites.

To sign up for the unique PvP beta weekend please visit http://www.gamespot.com/test/ageofconan/

To see what GameSpot has previously written about Age of Conan please visit:
http://www.GameSpot.com/pc/rpg/ageofconanhyboria