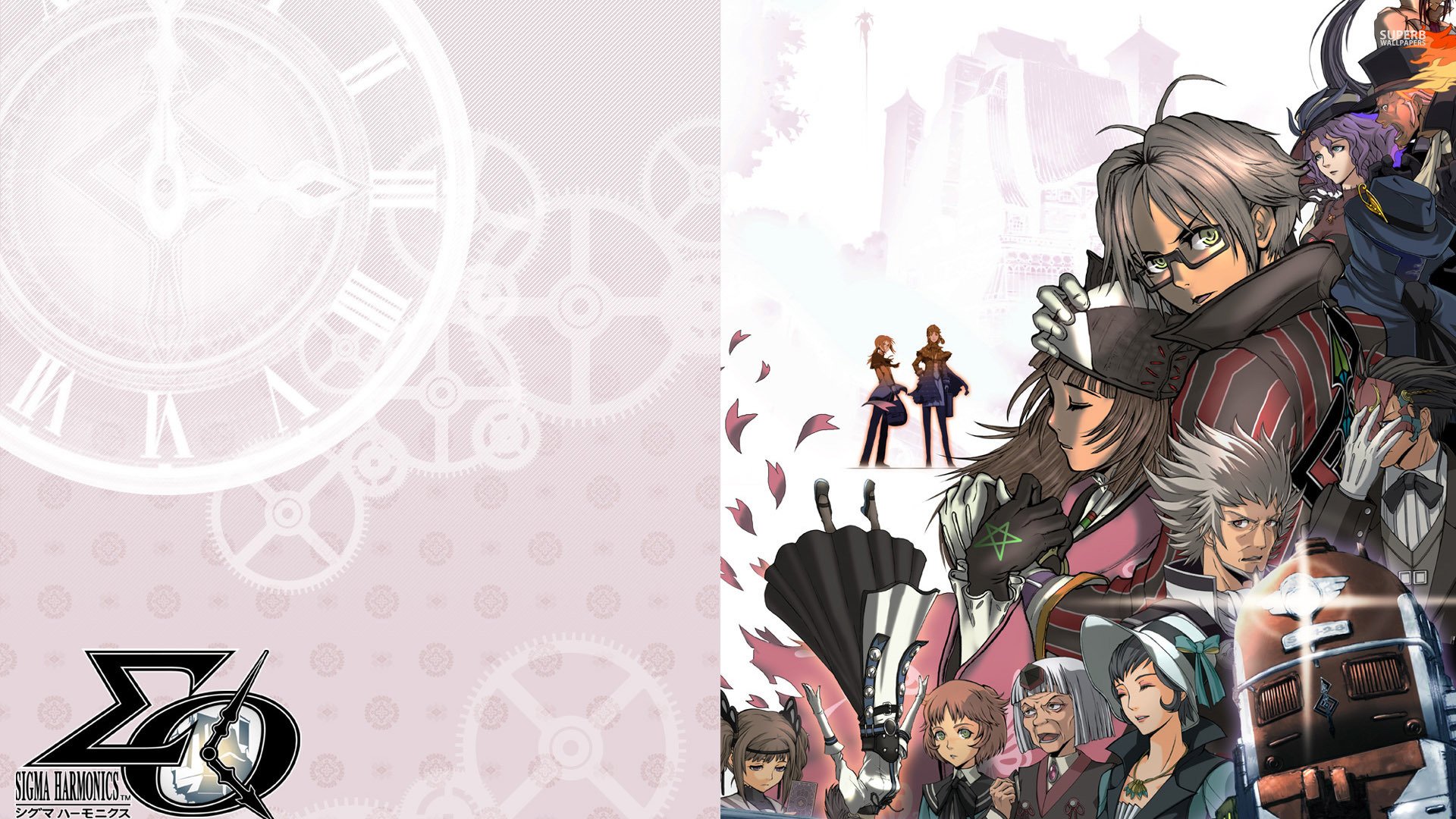 New details on the recently announced Square Enix exclusive for the Nintendo DS, Sigma Harmonics have surfaced the Web.

Hit the jump for an in-depth translation.

“While the team from Dirge of Cerberus was still providing online support, they had already started thinking about their next project. Chiba had been into Showa era mystery writers like Seishi Yokomizo and Rampo Edogawa as a kid, and he was inspired to create a similar vibe in a videogame — all the better if you could hold it book-style on the DS.”

“They didn’t want to explain too much about the title choice, just noting that it tied in heavily with the sound theme in the game (plus Sigma is the main character’s name). After being charmed by Nakaaki’s work on Dirge of Cerberus, Chiba requested him to Kitase because “not using Nakaaki’s drawings would be a horrible waste,” even though he knows “there are lots of awesome designers at Square Enix.”

“Despite aiming for a 30s to 40s Showa era vibe, what they decided on was a parallel world Tokyo. In it, Sigma Kurokami, a stylish, bespectacled ’sound user’ whose family guards a huge clock sealing away the demon Ouma, ends up having to time travel and fight evil with his classmate and childhood friend, Neon Tsukiyumi. The pair seek to solve an increasingly complex string of murder cases. Solving one chapter’s case changes the past which leads to a new murder. “The characters who appear are about the same, but the plot outline and puzzle are totally different,” explained Chiba.”

On the battlesystem they had this to say:

“The battle system looks to be as deep as the rest of the game, and you’ll even find yourself in some RPG-style dungeons. While Chiba refused to confirm that Sigma never fights first-hand, it’s usually Neon in the ring. She is possessed by a god and can enter a trance to use its power.”

“Sigma generally stays out of the way and gives directions by performing music (with his baton, maybe? We’re really keen on finding out more about his special weapon which can conduct not only sound, but time as well). Apparently, there is also a card battle element as well, since Neon is described as a “card user.” In addition to just leveling up, you’ll find new attack patterns by collecting these cards.”

Sounds like a very interesting title, and we’ll make sure to keep an eye on more information for you readers!