Update: Kotaku reports that the document is a hoax. This apparently has been confirmed by Rockstar.

Rockstar and Take Two have sent out a note stating that they will allow retailers to sell Grand Theft Auto IV immediately, days before its original release date.

“As you may have heard, Grand Theft Auto IV has been leaked onto the internet yesterday. Right after this, several seperate stores decided to sell copies of the game as well. Our staff has reviewed the situation and has come to the conclusion that it is not realistic to sustain the original release date.”

“In order to control the situation we have decided to allow the game to be sold immediately.” 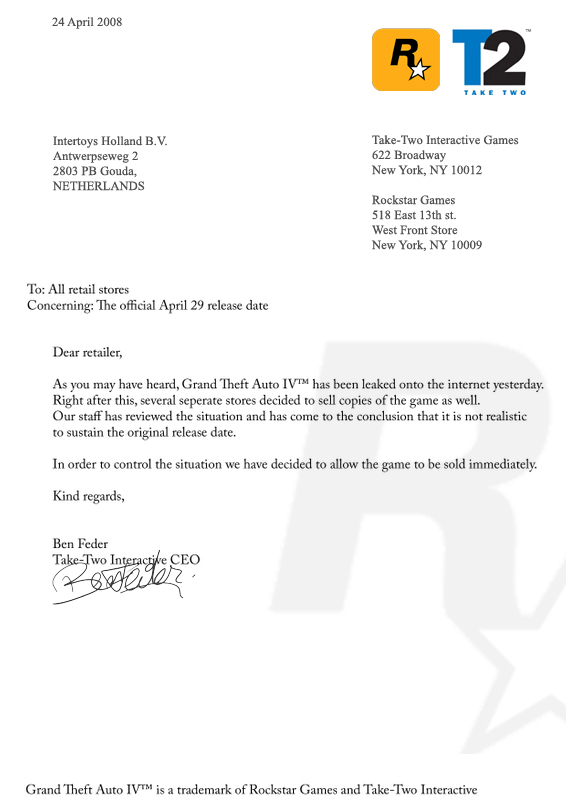