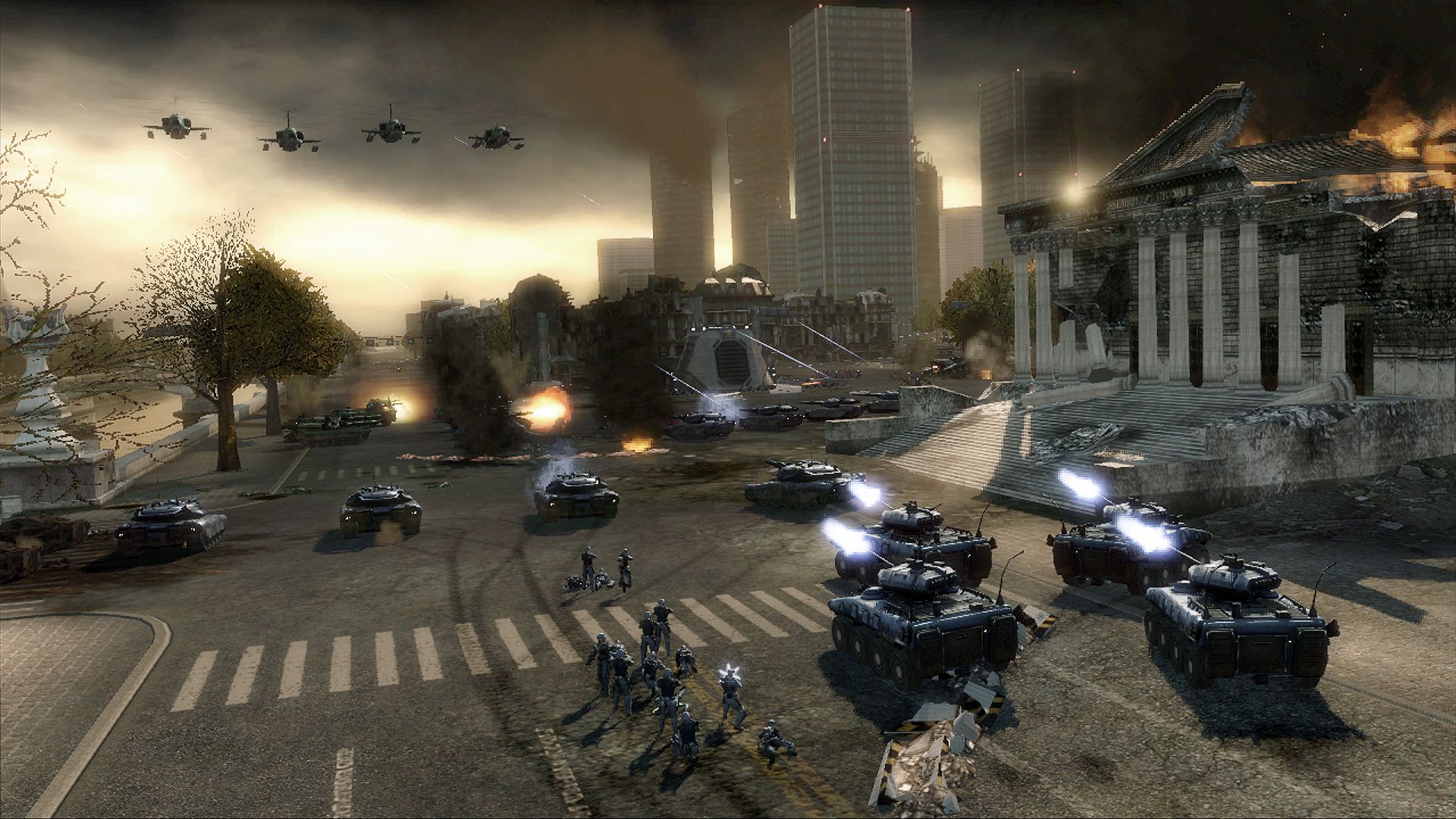 In a recent Shacknews interview with Ubisoft’s Julian Gerighty, it is uncovered that some of the gameplay concepts that are implemented in Tom Clancy’s EndWar were directly inspired by none other than Mario Kart. One facet of Mario Kart’s gameplay, which is often referred to as “rubber-banding”, is where towards the end of the round or race, the players that are losing get a chance to come back and take the lead and possibly win.

Gerighty states that when one player completely dominates the other, it really isn’t much fun for everyone in the long run. So in EndWar, the losing player will be able to obtain and use weapons of mass destruction first.

The losing side unlocks WMDs first, and is then allowed to desperately fire off his cache in a last-ditch effort. The leading player follows with a retaliatory strike. The round that I played still saw the winning player triumphant after the brief nuclear exchange, but it did speed up the end-game, and keep things interesting for both sides at that. Plus, it sure looked cool.