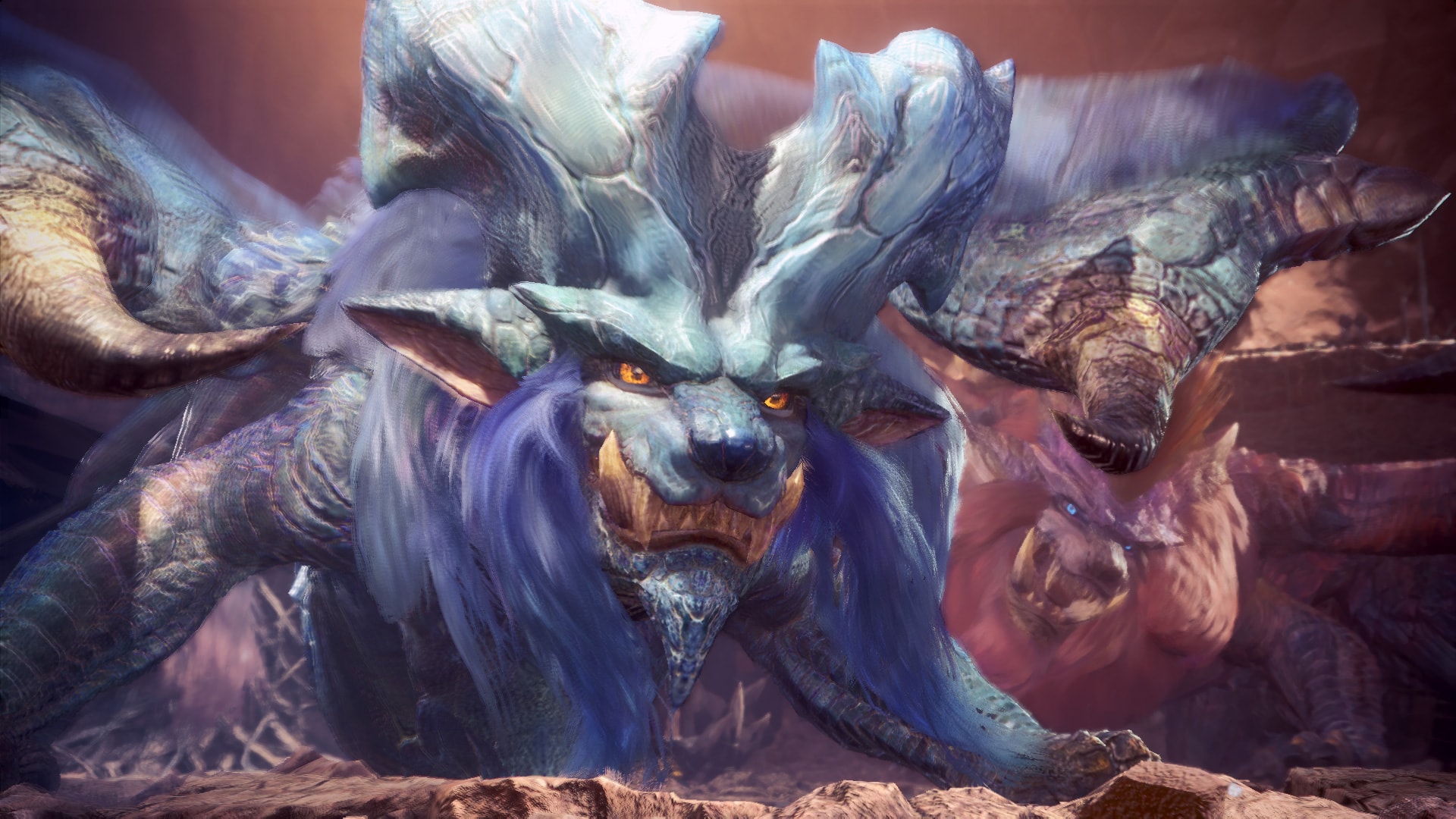 Lunastra, the Empress of Flame is coming to Monster Hunter World in a new update. She is the mate of Teostra and the first Arch-Elder Dragon to join the game. As always, the update is entirely free and can be downloaded on May 30th. More information and trailer below.

The Empress of Flame returns with new tricks and unique abilities to challenge even the most seasoned hunters. Not only is she more aggressive than her male companion Teostra, but her capacity to alter the environment around her is unmatched. Stay awake and alert to her burning blue fire at all times if you want to survive.

Teamwork is a powerful tool to conquer any foe in Monster Hunter, however hunters beware, Lunastra has learned this lesson as well. With the ability to fight alongside her mate Teostra and bond with him for devastating attacks, you’ll want to get a full hunting party stocked up on Lifepowders if you want to stand a chance against this power couple.

Another unique aspect of Lunastra’s physiology is that rare materials carved from her seem to be resonating strangely with materials from other monsters. The Smithy was able to master the technique for combining a Bazelgeuse Gem to unlock the “Guts” skill, adding a tactical defensive ability to Lunastra weapons. Materials from Nergigante and Xeno’jiiva have also shown the potential to resonate with Lunastra, so check with the Smithy when you’ve successfully completed your hunt against Lunastra.