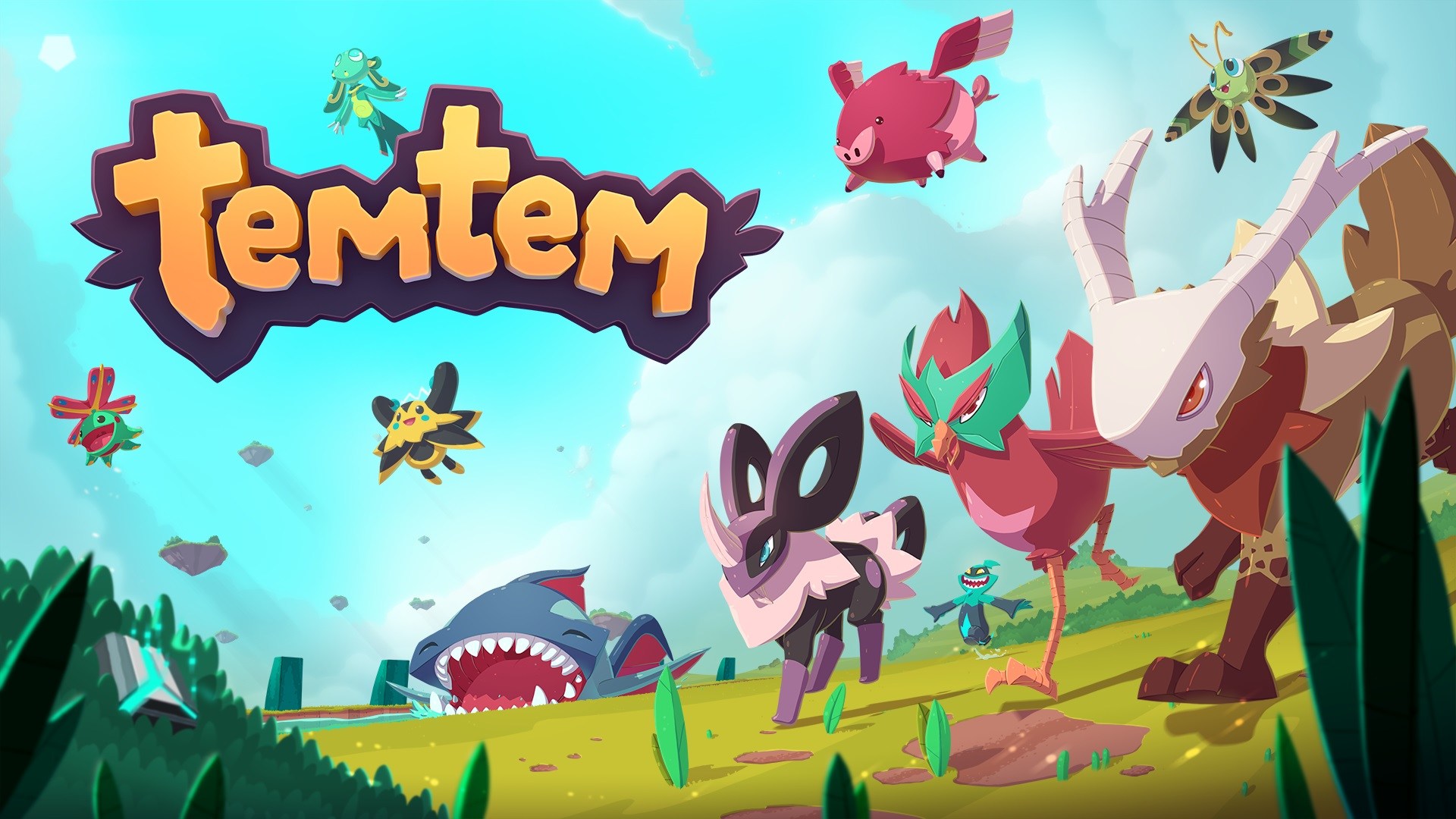 Okay, so yes, this is basically a carbon copy of Pokémon in every conceivable way, and I imagine Nintendo’s lawyers might be raising their eyebrows right now, but doesn’t it look adorable!?

Temtem is a new Kickstarter game by Spain-based developer Crema. It is described as a “massively multiplayer creature-collection adventure” in which you capture cute little creatures called Temtems while exploring tropical islands, battling trainers and much more.

Crema is focusing on PC as the lead platform, but stretch goals will be added later for consoles.

The project currently sits at $123,414 USD, which is well beyond its funding goal of $70,000. With 27 days to go it’s already a big success and proves that people are thirsty for more Pokémon-style games.

Watch the trailer and read more about Temtems below.

The following information was taken from the game’s Kickstarter page.

The world of the Airborne Archipelago is filled with creatures, named by the locals as Temtem. Temtem have always been a part of day-to-day life on the islands. They live in harmony alongside humans, helping them with their chores or being loyal and faithful pets.

There’s also a long tradition of taming wild Temtem and training them to fight in friendly battles against other tamers. In recent years, this has exploded in popularity due to a revolution in Temtem technology. Temtem scientists achieved the creation of the first Digital Temtem while studying new breeding techniques, and this has spurred the development of various commodities to help tamers on their adventures.

Every Temtem and every technique they know are assigned a specific type. Each type has strengths and weaknesses against other types so they are one of the most important things you need to think about when planning your Temtem squad. Each Temtem can have up to two types, but techniques can only have one type. There are 12 types in Temtem.

Temtem battles are the form of competition between tamers in the Airborne Archipelago. Tamers can have up to six Temtem in their squad, but only two at a time will be able to battle. In Temtem, battles are turn-based, so tamers will take turns commanding their Temtem what to do in battle until all Temtem are exhausted and one of the tamers emerges as the winner.

Battles are focused on 2v2 (although there will be some 2v1 battles against untamed Temtem or 1v1 battles with other players) and we’re committed to keeping random factors out of battles. We’ve seen the frustration that random elements cause, especially in the competitive scene, so we’ve decided to remove them and have made the combat 100% skill and strategy based.

Breeding is the method of creating new Eggs. Putting two compatible Temtem together will produce a new Egg, and from that Egg a new Temtem will be born! Breeding is the easiest way to create a Temtem with perfect stats, since they will inherit some of the stats of their parents. Breeding will also open the door to new movesets since some of the moves will be inherited, allowing a Temtem to know moves its species might not normally learn.

But don’t overbreed your Temtem! Each Temtem will have a genetic degradation value that will lower each time a new Egg is produced, so you can only breed a specific amount of times. Genetic degradation will also be inherited by the new Temtem, so you’ll need to plan beforehand how you’re going to spend the cycles.