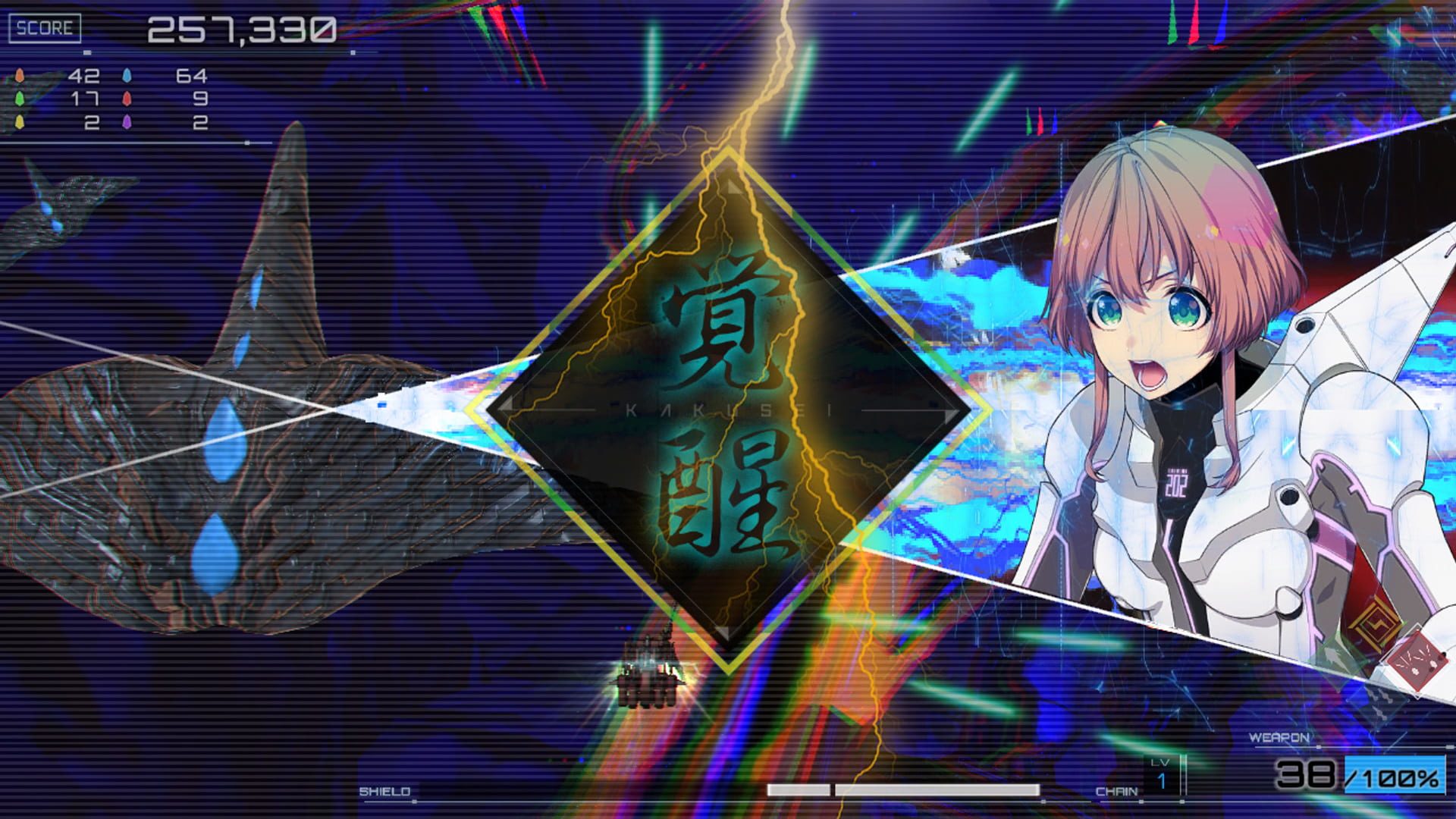 The two-disc set comes in a special sleeve case and features music by Raito, KDES, BUCKET DRUMMER MASA, Yuzo Koshiro, and Shigeru Yoshida. It also includes a booklet with mech illustrations and a message from the game director. It will be available on June 30th and is priced at ¥3240 yen (roughly $30).

Japanese game developer & shoot’em up specialists Gulti and “The Fun-Loving Corporation” Kayac are proud to present the all-new “RXN -Raijin-“.

The project commemorates Gulti’s 10th anniversary, and the team has delivered a title that emphasizes the fundamentals of the shmup genre – shoot, dodge, destroy.

The vertically-scrolling shooter utilizes the entire width of the 16:9 field, resulting in challenging, strategy-testing gameplay.

Enjoy the story elements of the game, featuring a star-studded cast of voice actors.

You can watch a trailer for the game below.