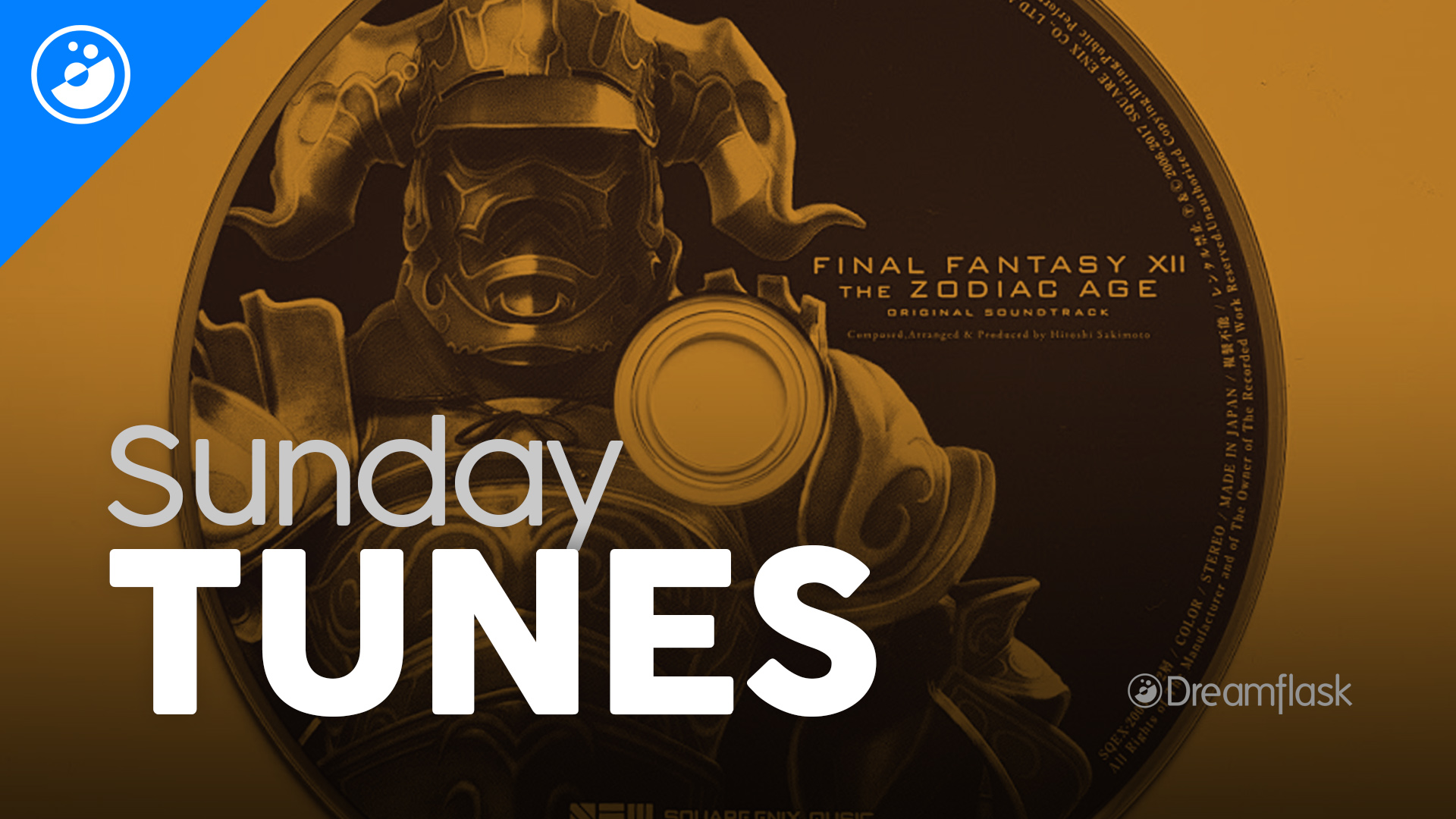 Another week, another edition of Sunday Tunes. This time we’re listening to some of our favourite tracks from Squaresoft legends Hitoshi Sakimoto and Masashi Hamauzu.

This fella needs no introduction if you’re a fan of Squaresoft games or JRPGs in general. He’s worked on juggernauts like Final Fantasy XII and Final Fantasy Tactics, as well as cult-classics like Vagrant Story and Valkyria Chronicles.

He technically left Squaresoft way back in 2002, but has continued to work with them through his own production company Basiscape. Below are some of my favourite tracks of his.

I could do a whole post just about this game and its music, but I’ve decided to go with just three tracks that capture the adventurous spirit of the game and the world of Ivalice. Check them out below.

And for those of you who can’t read Japanese, the song below is called ‘Phon Coast’.

This is a game I’ve always found fascinating on paper, but I think the battle system is a bit too complex and archaic for my tastes. Great art direction though, and even better music.

And here’s a slightly more recent pick. I’ve owned this game for many years but haven’t actually played it for more than thirty minutes or so. It’s not really my cup of tea when it comes to gameplay, but the soundtrack is stellar.

Here’s another ex-Squaresoft employee and all-time favourite of mine. He’s probably best known for his work on Final Fantasy X and the Final Fantasy XIII trilogy, but he’s also worked on other beloved games like SaGa Frontier, Unlimited Saga, World of Final Fantasy and many more. Much like Sakimoto he has a very distinct musical style you can recognize immediately.

After Nobuo Uematsu left the company in 2004, Hamauzu took over as the lead composer and spearheaded projects like Dirge of Cerberus and Final Fantasy XIII. More recently he’s worked on the 3DS duology The Legend of Legacy and Alliance Alive.

I remember being surprised when I heard the Final Fantasy XIII soundtrack for the first time. It sounded so different from other FF games and I wasn’t super familiar with Hamauzu’s style at the time. I didn’t immediately love it, but it definitely felt like a breath of fresh air and I’ve come to really appreciate it over the years.

My top FFXIII pick is ‘Blinded By Light’, which was featured in the first trailer for the game back in 2006. The runner-up is ‘Saber’s Edge’, one of the boss battle themes.

I got this game for xmas as a kid and found it absolutely bizarre and confusing. I didn’t understand the combat system, the overworld map looked like a strange board game and there were traps everywhere. It wasn’t the worst game ever, but I definitely dropped it quickly. Still, the music and art direction were sublime. Especially the battle themes.

The Legend of Legacy

This game released a few years ago on the 3DS. It’s another strange SaGa-esque game with some fairly dull and repetitive gameplay. I can’t really recommend it, but at least the combat system was fun.

More importantly, it has a nice and relaxing ambient soundtrack.

And that’s it for today! See you next week, maybe..?