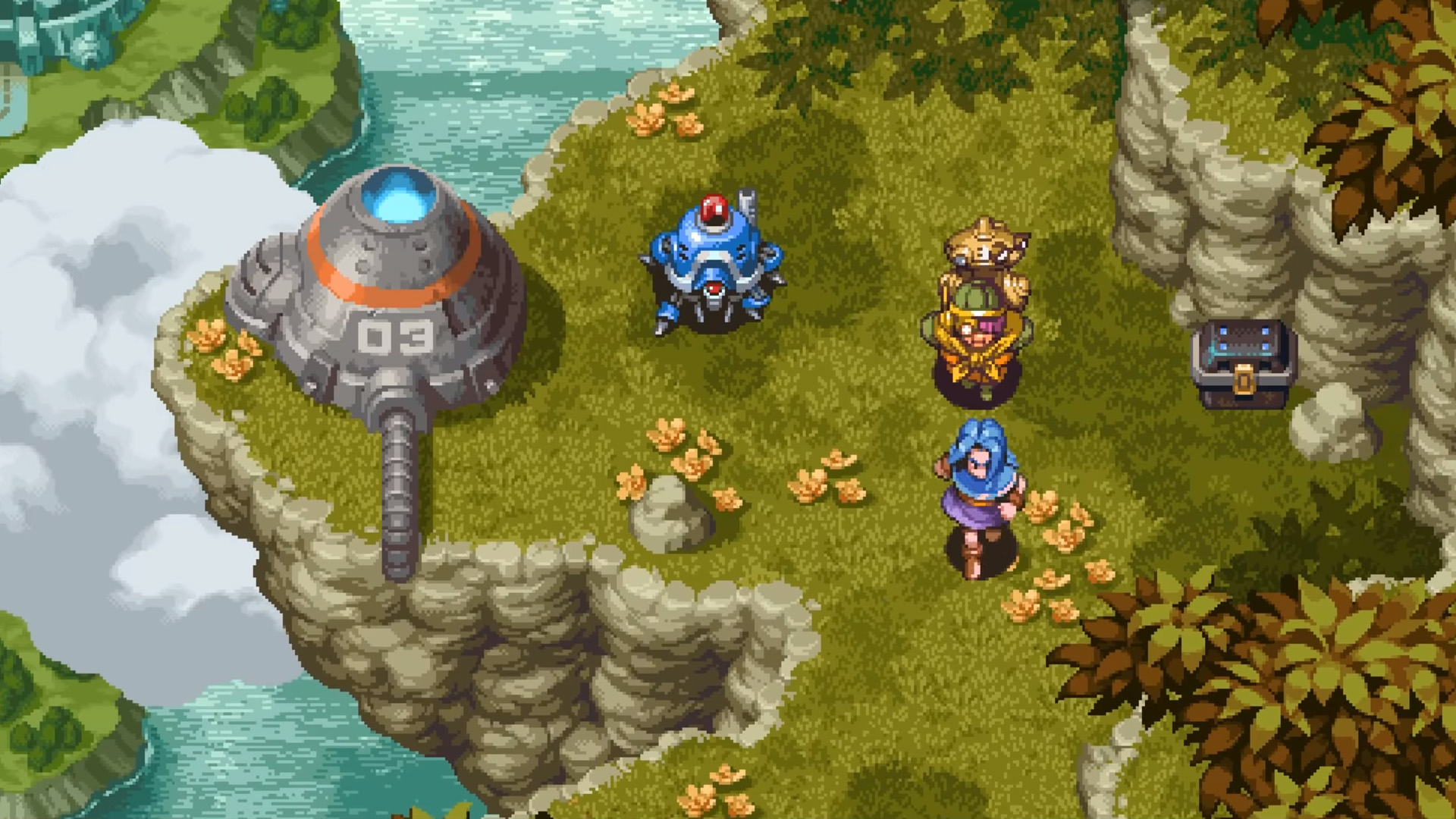 Owlboy creator Simon S. Andersen (@snakepixel) has released an incredible mockup trailer for Chrono Break, his vision for a hypothetical sequel to Chrono Trigger. The trailer features an older version of Lucca and Magus (maybe?) from the original game, darting around in familiar locations. It also highlights Andersen’s amazing talent for making gorgeous 2D graphics.

Of course, this is 100% unofficial and Square Enix is not involved in any fashion. And now I’m sad. Watch the trailer and read Andersen’s statement below.

I’ve been making mockups for hypothetical game sequels for fun for many years. Generally all of them are still images where try to capture what made people connect to the original games and see where else I could take the concept, while still being recognizable. After finishing a massive game project spanning a decade of development, I was ready to tackle a new series. I had already known for years I wanted to explore a hypothetical sequel to Chrono Trigger, Cross and Radical Dreamers, but it took me a full year until I figured out how I wanted it to look. This has been my most ambitious spare time mockup so far, spanning about two months worth of work and featuring music by Jonathan Geer. If the sequel that was planned years ago was revived, this is likely how I would do it. This video is not endorsed or licensed by SQUARE ENIX CO., LTD and is not a game under development. This is made only for fun.