THQ Nordic has announced vita Twitter that they have acquired Kingdoms of Amalur and other unnamed IPs from 38 Studios. The game, which originally released in 2012, was developed by Big Huge Games and 38 Studios for PS3, Xbox 360 and PC. While no additional information was offered, it’s not unlikely that a remaster is being planned for current consoles and PC. 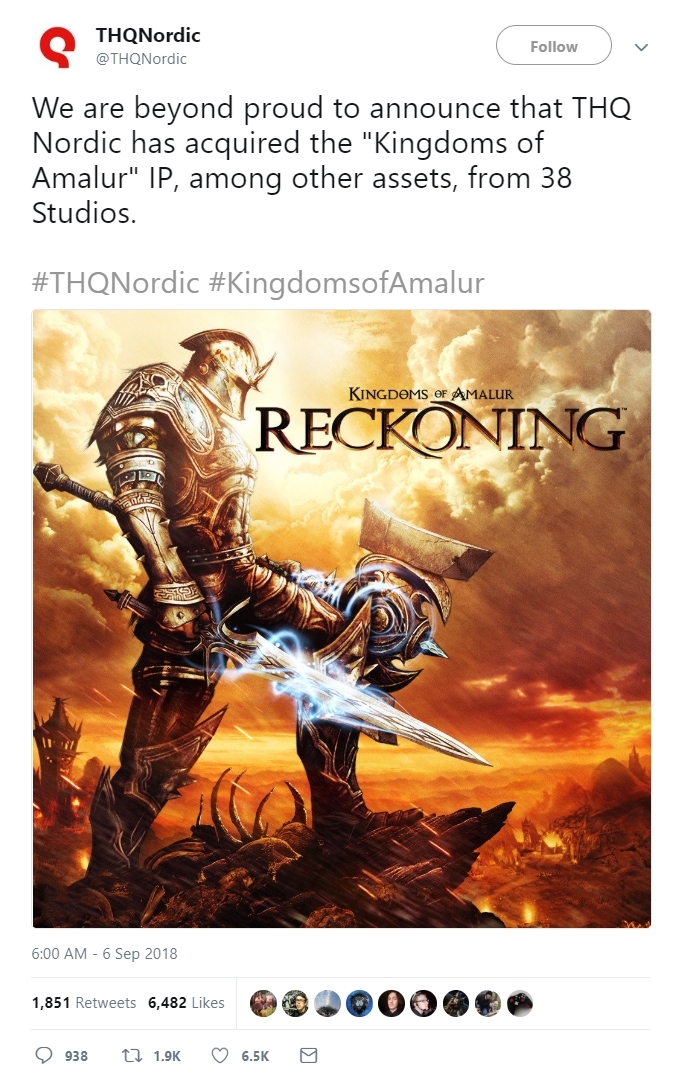